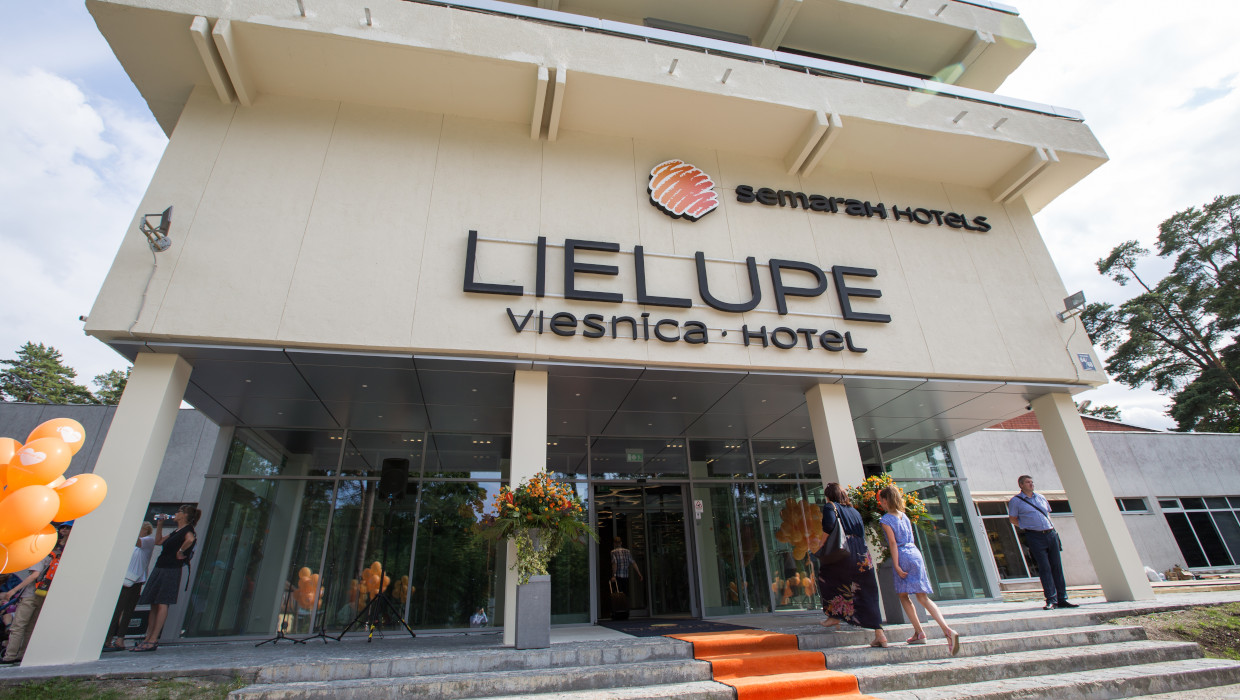 After less than a year of reconstruction, the former Jurmala hotel Lielupe has been opened, where the 4-star hotel Lielupe by Semarah Hotels has now officially started operating, informs the hotel representatives.

Approximately 15 million euros have been invested in the interior reconstruction of the hotel.

“We are pleased that our hotel has become not only more modern, but also more friendly for families with children and lovers of various SPA services. In addition, we plan that after the reconstruction, our offer will seem interesting not only to the guests of the city, but also to the local residents. While the younger generation will relax in the Children’s Club, parents will be able to enjoy the SPA and Wellness Center. In turn, the conference rooms will be able to host both local and international events,” emphasizes the hotel manager Juris Baumerts.

This website uses cookies to improve your experience while you navigate through the website. Out of these cookies, the cookies that are categorized as necessary are stored on your browser as they are essential for the working of basic functionalities of the website. We also use third-party cookies that help us analyze and understand how you use this website. These cookies will be stored in your browser only with your consent. You also have the option to opt-out of these cookies. But opting out of some of these cookies may have an effect on your browsing experience.
Necessary Always Enabled
Necessary cookies are absolutely essential for the website to function properly. This category only includes cookies that ensures basic functionalities and security features of the website. These cookies do not store any personal information.
Non-necessary
Any cookies that may not be particularly necessary for the website to function and is used specifically to collect user personal data via analytics, ads, other embedded contents are termed as non-necessary cookies. It is mandatory to procure user consent prior to running these cookies on your website.
SAVE & ACCEPT