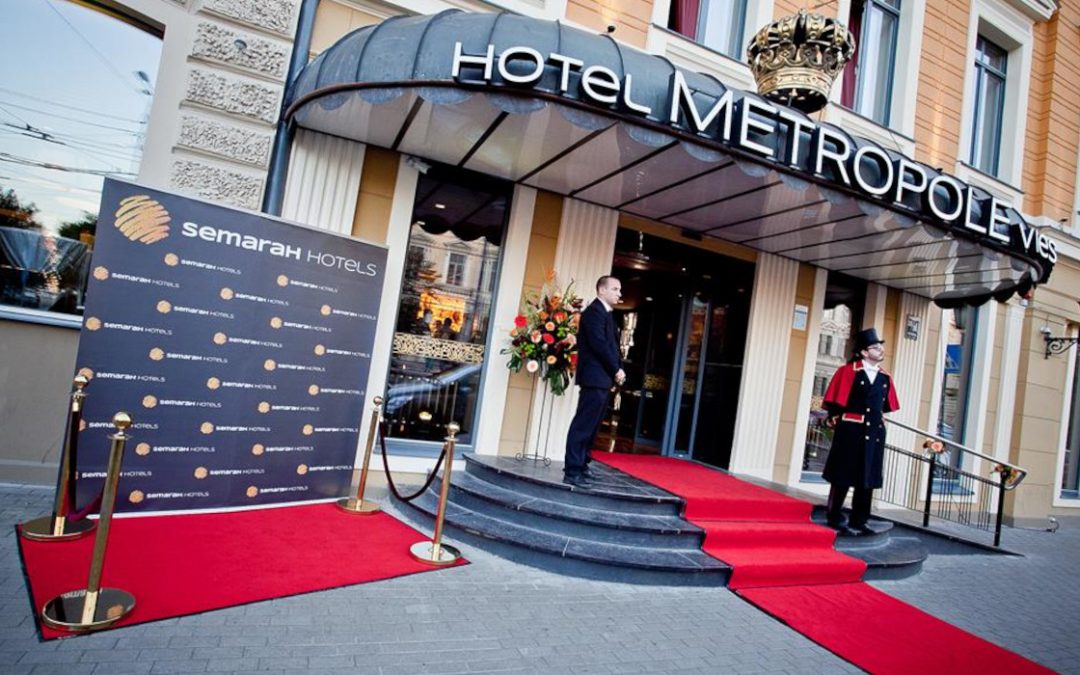 According to hotel representatives, the first hotels in Riga appeared in the second half of the 18th century and among them – Metropole, which has retained its historical name to this day and was the oldest and first business class hotel in independent Latvia.

The hotel building was built in 1871 according to the design of architect Edelson. An elevator for guests’ convenience was installed in the building in 1927.

The reconstruction project has been gentle and sensitive to historical values.

De Commerce Gastro Pub 1871 is located on the ground floor of the hotel, where it has historically been located.

This website uses cookies to improve your experience while you navigate through the website. Out of these, the cookies that are categorized as necessary are stored on your browser as they are essential for the working of basic functionalities of the website. We also use third-party cookies that help us analyze and understand how you use this website. These cookies will be stored in your browser only with your consent. You also have the option to opt-out of these cookies. But opting out of some of these cookies may affect your browsing experience.
Necessary Always Enabled

Any cookies that may not be particularly necessary for the website to function and is used specifically to collect user personal data via analytics, ads, other embedded contents are termed as non-necessary cookies. It is mandatory to procure user consent prior to running these cookies on your website.